Jesus, The Dude, and Darth Vader

What is the Gospel?

This is a harder question to answer than you might think. Especially when you’re put on the spot. And especially when you have been studying theology for most of the last ten years like I have.

It’s actually not a question that comes up much in one’s life in such a direct way, but I perhaps should have been expecting something of the sort on a day at theology college dedicated to “preaching the Gospel.” 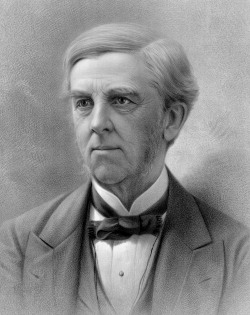 The question was: what is the Gospel? As people in the room took it in turns to speak, I pondered what to say. It’s complex, after all. But, then, surely a short, direct question like that, deserves a simple answer? As the 19th Century American physician, poet, and polymath Oliver Wendell Holmes said: “For the simplicity on this side of complexity, I wouldn’t give you a fig. But for the simplicity on the other side of complexity, for that I would give you anything I have.”

My turn came around and I said: the gospel is Jesus is Lord.

That caused a certain amount of, well, not consternation perhaps, but certainly a reaction in the room.

This puzzled me quite a bit. I mean, it’s deeply scriptural isn’t it? I could perhaps cite passages such as 1 Corinthians 12:3 “no one can say ‘Jesus is Lord’ except by the Holy Spirit.” And Romans 10:9 “because if you confess with your lips that Jesus is Lord and believe in your heart that God raised him from the dead, you will be saved.”

Further than that, it’s in the name isn’t it? We say “Jesus Christ” like we might say “John Smith” – as though his contemporaries could have addressed a letter to Mr Christ c/o BarJoseph Carpentry Inc., Nazareth.

But, of course, “Christ” isn’t a surname. It’s a title. It means “messiah” – the chosen one, the saviour. Son of God. To say “Jesus Christ” is, essentially, to say “Jesus is Lord.”

Reassured of my orthodoxy, I continued to wonder what the problem was. After quite a lot of rumination, I have come to the conclusion that there are two issues at play here.

The first issue, I think, is one of authority. As modern, western people, we have a deep belief in our right to “life, liberty, and the pursuit of happiness,” and we are not at all pleased at the idea that some figure from remote antiquity might want to interfere. To feel that he might well have a right to interfere sounds bizarre. We don’t at all like the idea of a God who interferes with our freedom of choice.

The cult comedy The Big Lewbowski, by the Coen Brothers gives a surprisingly good, though exaggerated, picture of this sort of Christ figure. Perhaps it isn’t so surprising – they often wrestle with issues of faith, generally in an ironic, humorous way.

It may be that you haven’t seen the film, so here is a summary from that fount of all pop-culture knowledge, Wikipedia.

The Big Lebowski is a 1998 British-American neo-noir black comedy crime film written, produced, and directed by Joel and Ethan Coen. It stars Jeff Bridges as Jeffrey “The Dude” Lebowski, a Los Angeles slacker and avid bowler. He is assaulted as a result of mistaken identity, after which The Dude learns that a millionaire also named Jeffrey Lebowski was the intended victim. The millionaire Lebowski’s trophy wife is kidnapped, and he commissions The Dude to deliver the ransom to secure her release; but the plan goes awry when the Dude’s friend Walter Sobchak (John Goodman) schemes to keep the ransom money.

I think this clip from the film illustrates quite well how we like our Christ figures. Mellow. Undemanding. Mysteriously symbolic of… something. You might have noticed the theological language at work here. The Dude “abides”, as in John’s Gospel Jesus abides in us as we in him. He even apparently has soteriological work to do in “taking it easy for all us sinners.” “The Dude” is a Christ figure for today – a Los Angeles slacker, and bowling enthusiast. It’s hard to imagine him saying

If any want to become my followers, let them deny themselves and take up their cross and follow me. For those who want to save their life will lose it, and those who lose their life for my sake will find it. For what will it profit them if they gain the whole world but forfeit their life? Or what will they give in return for their life? (Matthew 16:24-26)

In fact it is hard to imagine The Dude looking for followers at all, far from making far-reaching existential claims on them like Jesus does. He’s just a mellow guy to whom weird stuff happens. He is the Jesus of “why can’t we all just get along?” Certainly his yoke would be easy and his burden light. But he doesn’t call us to anything in particular, beyond “taking it easy” and a sort of laid-back non-judgementalism. An anti-authoritarian Christ.

The Dude, relatable as he is, issues no compelling call to us. The Dude might be “with us” in some sense, especially when we are bowling. But mere presence, however welcome – and The Dude is a pretty amiable guy, who you would enjoy bowling with – is an inadequate Christ figure.

The Dude is, in short, a Christ figure for those who don’t much care for the idea of a Jesus who makes rigorous, inexplicable, impossible demands of us of dying to self and loving our enemies. The Dude doesn’t demand anything much from us apart from an easy-going tolerance. 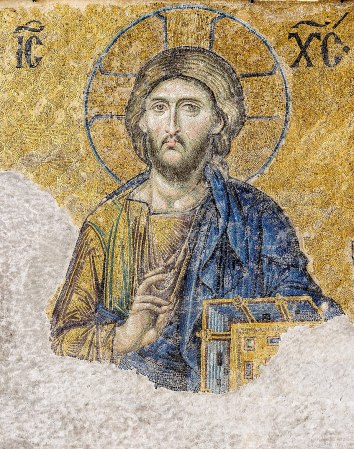 The Jesus of the Bible, however, calls us out to ethically rigorous, even impossible things. He was far from some mellow hippy with a stoned smile on his face. He was frequently moved to anger. He judges. He calls to repentance. He lays a call upon our lives, to which we have to choose to respond.

The readings for the Feast of Christ the King emphasizes that Jesus is Lord as well as saviour. Jesus is the “lamb of God that takes away the sins of the world”, and praise God for that. But he is also Lord of the universe, alarmingly dividing sheep from goats. The idea of Jesus as judge makes us feel profoundly uneasy: we don’t like to think of Jesus as being judgemental, yet here is judgement being given on a truly global scale to “all the nations”.

A second problem for contemporary people with the idea of Jesus’ lordship – of Christ as King – is that the idea feels, if not troubling exactly, then a bit off, a bit weird, a bit anachronistic. It’s the stuff of fairy tales, King Arthur, knights-in-armour and maidens in urgent need of rescue from dragons.

But, in my opinion, that’s actually a great reason to use the language! It puts us squarely in the world of archetypes and myth. It’s the quickest way into the sort of emotional, committed, existential sort of knowing that is required here.

In the context of Christ the King, the relevant mythic idea is: as is the king, so is the kingdom.

Let me begin with a famous example of this from contemporary culture.

Watching the clip, what sort of person do you think Darth Vader is?

And what sort of place does he rule?

You only have to look at him, completely dressed in black, face covered by a mask, terrifying hoarse breathing like some sort of weird machine/human hybrid to know that nothing good is going to come from him. And when he tells his minion that the emperor is on his way, the look on the minion’s face tells us all that we need to know. Vader saying “the emperor is not as forgiving as I am” is just the icing on the cake. Who on earth could be more frightening and less forgiving than Darth Vader?

You can tell just from this that the Empire is a bad place, ruled by force and fear, where failure is penalised by death. If you’re lucky. It isn’t clear what success is rewarded with: nothing good I suspect. The empire is like the emperor. The kingdom is like the king.

Certainly Darth Vader lays a call to vigorous action on peoples’ lives. He calls his followers to extend themselves for the sake of his kingdom – for instance the reconstruction of the Death Star, so carelessly destroyed at the end of the A New Hope. There is power there, and you can all too easily imagine him standing in judgement over people.

But he is a counter-example, for many, many reasons. There is a remoteness about his command. He rules through force, and by a strict hierarchy of command. Himself near the top, answerable only the emperor. Hapless minions trapped far below. One of many ways in which he is unlike Jesus is his remoteness. Jesus is down in the trenches with us, not striding around grand military parades or pompous religious ceremonies.

Even more strikingly, the Kingdom to which he calls people is a million miles away from the kingdom of Christ the King. We aren’t told much about the internal organisation of the Galactic Empire, but you don’t have to spend much time in the fictional company of Darth Vader and his colleagues to suspect that it would be rather like Nazi Germany – the exaltation of power and above all. The ultimate example of “might makes right.”

Detail from Tintoretto’s Washing of the Feet

The Kingdom of Christ the King is a place where the sick are taken care of, the hungry fed, the naked clothed. It is not a place characterized by violence and compulsion, but by love, and the care we have for one another. It is an ironic, upside down kingdom, where the one who we worship as Christ the King is the one

who, though he was in the form of God,
did not regard equality with God
as something to be exploited, but emptied himself,
taking the form of a slave,
being born in human likeness.And being found in human form,    he humbled himself
and became obedient to the point of death—
even death on a cross.

Therefore God also highly exalted him
and gave him the name
that is above every name, so that at the name of Jesus
every knee should bend,
in heaven and on earth and under the earth, and every tongue should confess
that Jesus Christ is Lord,
to the glory of God the Father.

The picture of Jesus in this reading is apocalyptic. This is the risen, ascended and glorified one, the Word through whom all things were made. He defines, and shows in his life, what are the ultimate values of the universe. This is the King Jesus who calls us to be citizens of his Kingdom.

This Kingdom is not the unrealistic mellow-yellow amiability of The Dude. And nor is it the kingdom of violence and power of Darth Vader. Instead it is a Kingdom characterised by the love we have for one another, and especially the smallest and least. The paradoxical kingdom in which freedom is found, not by “taking it easy” and taking the path of least resistance like The Dude, nor through the imposition of our will on others, like Darth Vader. Instead, the message of the Kingdom is that to lose one’s own life is to save it. And that, at the last, our fundamental loyalty is to God revealed in Jesus Christ, and to his Kingdom.

← The Parable of the Talents
Brené Brown, Faith, and Certainty →